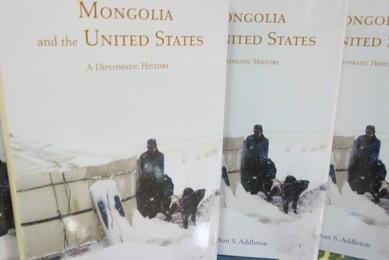 "The Dust of Kandahar: A Diplomat Among Warriors in Afghanistan (Naval Institute Press, 2016)

-- "Some of the most important work in Afghanistan was done quietly behind the scenes by civilians striving to create a functioning nation that could withstand Taliban assaults.  Jonathan Addleton was one of those civilians on the front lines.  His journals provide an intimate, important and illuminating window into the challenges of national building, the cost of war and the experience of civilians in the midst of military conflict" (Max Boot, Council on Foreign Relations and author of Invisible Armies)

-- "Throughout his distinguished career, Ambassador Jonathan Addleton has been an exemplar of what American publican service is all about -- and of the promise of American leadership.  Addleton's stirring account is as close as any reader can get to diplomacy's frontline in the 21st century". (Ambassador Bill Burns, former deputy secretary of state and current president of the Carnegie Endowment for International Peace)

-- "As the senior embassy representative in southern Afghanistan, Jonathan Addleton experienced a unique side of the conflict, involving travel to remote places and personal contact with Afghans of many different views.  His deeply personal reflections capture the human drama of the war and provide an account of experiences in the field not available elsewhere" (Ambassador James B. Cunningham, former U.S. Ambassador to Afghanistan and current senior fellow, Atlantic Council)

-- "Jonathan Addleton writes with precision and gentle, understated emotion about Afghanistan's endless torment.  His memoir is an important, eloquent extension of the brave service he performed for the State Department and his country" (Thomas Mallon, critic, essayist, novelist and author of Finale, Henry and Clara and A Book of One's Own)

​-- "A courageous testament to the work of the men and women of the Foreign Service . . . an emotionally stirring and dramatic read" (Foreign Service Journal)

-- "The Dust of Kandahar is fundamentally unlike any other book written on the Afghanistan campaign . . . History is what happens.  All else is approximation.  With no plot, no thesis, no agenda and no narrative, The Dust of Kandahar is raw military-diplomatic history at its best" (Jeff Goodson, Small Wars Journal)

-- "Long before they had diplomatic relations, Mongolia and the United States influenced one another in unusual and unrecognized ways.  Now Jonathan Addleton's inside look at the diplomatic relations between the two countries carries lessons for anyone wishing to learn from the past as a guide to future relations between the great powers of Asia and America" (Jack Weatherford, author of Genghis Khan and the Making of the Modern World)

-- "Mongolia and the United States is must reading for professional diplomats and business people preparing to work in Ulaanbaatar.  Well organized and authoritative . . . a valuable contribution to the literature on a strategic Asian country" (Nicholas Platt, President Emeritus, Asia Society)

-- "Ambassador Addleton admirably documents contemporary Mongolian relations, together with early contacts in the 1860s and exotic adventures in the twentieth century.  His timely, highly readable record of bilateral engagement since 1987 highlights the development of Mongolian democracy and entwined interests of our two countries" (Alphonse F. Laporta, former United States Ambassador to Mongolia)

​-- "Goes beyond the tradition of diplomatic memoirs in that it is a well-researched and detailed, but eminently readable, review of (the) American impact on Mongolia's rapidly modernizing nomadic society" (Alicia Campi, co-author of The Impact of China and Russia on United States-Mongolian Political Relations in the Twentieth Century)

Some Far and Distant Place (University of Georgia Press, 1997)

-- "A faithful and respectful portrayal of the evangelical subculture, especially in its missionary aspect" (Christianity Today)

-- "A beautifully written memoir.  I enjoyed it thoroughly, heathen that I am" (Cathryn Alpert, author of Rocket City)

-- "A work to be remembered: its evocation of childhood, of a child's relation to space, is heartbreaking" (Sara Suleri, author of Meatless Days)

--"The most thorough study to date on the consequences for Pakistan of the presence of more than 1,000,000 Pakistani workers in Arabia and the Gulf" (Choice)

-- "A very readable and well documented book . . . this work constitutes a significant contribution to the knowledge base regarding a most important and remarkable phenomenon" (Journal of Asian and African Studies) 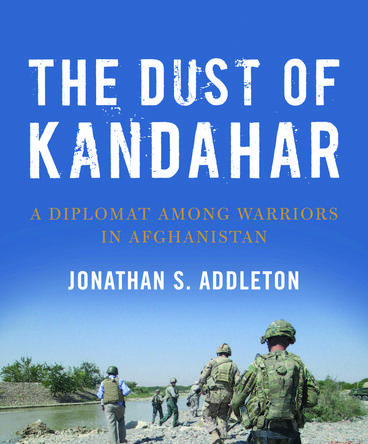 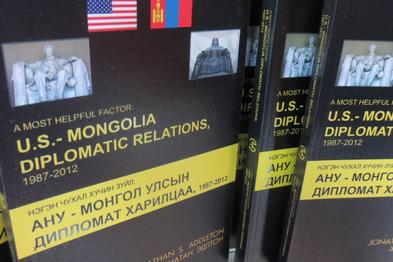 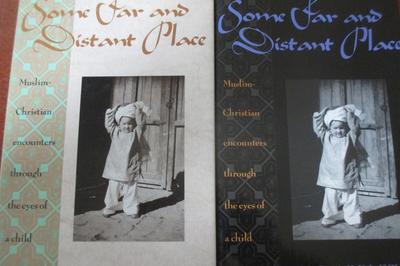